I was in my apartment in Houston getting ready to go to class, moving slow as usual, when I turned on the television and the first thing I saw was an airplane flying right into some familiar looking building. It took me a minute to figure out what was happening and that it was real time and not some flashback to another event. I was perplexed, continued to get ready for class, and then drove to school. When I got to school, it was chaos, people were running around trying to get home, on their cell phones calling their loved ones, and wondering if it was just there or if it was everywhere. Classes were cancelled and everyone was trying to get home. I drove back home and turned the television back on and just sat and watched for the rest of the day.

My sister fought in the war and America has never been the same since then, so I remember. 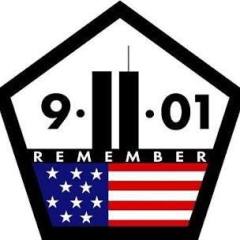