About/Review: Wren is an 8 year old girl, who becomes friends with Darra in a weird way. Darra’s dad steals Wren’s mom’s car with her in it, drives it to his house, and kidnaps Wren without knowing. Wren becomes captured in Darra’s garage, and Darra realizes that there is a girl in the stolen car. Wren and Darra become friends without ever seeing other, and Darra does nice things for Wren, like leaving her food. Wren escapes after a while with the help of Darra’s cat.

This part of the book was had lots of suspense and got my attention right away. I couldn’t put the book down as soon as Wren got kidnapped by Darra’s dad. I also like how the author had animal characters that were very important to the story, like Archie, the cat.

Years and years go by, Wren and Darra are now 14. Wren and Darra meet each other in a summer camp. At first they don’t talk to each other, then they found out they are in the same cabin. Wren notices that Darra is treated differently because she is poor. So, after a while, they become friends, they talk about what happened back in Darra’s garage, and at the end Darra introduces Wren to her mother.

I liked this part because I wanted to know how Wren and Darra felt about what happened and about each other. I liked how Wren forgave Darra’s dad and I liked how Darra forgave Wren for all of the bad things that she created for her family, like getting her dad sent to prison. I didn’t like how Darra’s went prison, cause he was just trying to get money for his family and no one accepted him. But, I didn’t like how he hit his wife and Darra. This book was very interesting and I like how it was written from Wren and Darra’s sides.

Favorite Character: Wren, because she sees the best in people.

Favorite Part: When Darra introduces Wren to her mom.

Least Favorite/Dislike: When Darra’s dad hit his wife and Darra.

PS: Bluefish was boring and I didn’t like it, so I took it back to the library, and read this one instead. Sorry, mom.

Next on the Shelf: 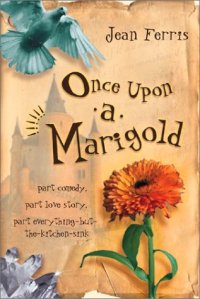 About and Review: Christian is a boy who was raised by a troll in a forest. He grows up inventing things and ways to make life easier for him and his, “dad”. One of his inventions is p-mail, pigeon mail(this was awesome!). He teaches two pigeons to go back and forth carrying messages. He also grows up adoring Princess Marigold, who lives in the castle.

As time goes by, Christian gets a job at the castle and he finds out that Marigold has a “special” gift. The only people that she can touch are her father, King Swiftbird, and Christian himself, because they like each other and they have been p-mailing for a long time. This was sad and good at the same time because Marigold couldn’t “touch” too many people.

Further down the book, Marigold’s evil mom wants to take over the kingdom and is slowly poisoning King Swiftbird(but he figures it out and stops drinking the poison drink) and plots to get rid of Marigold by marrying her off to, Mangus. Marigold finds out about the Queen’s plans and asks Christian for help. Christian saves Marigold from the evil wedding and they get rid of Mangus and Olympia, the evil queen/mom. There were lots of action and adventures on this part and the characters gothrough lots of challenges with the Queen and with themselves.

Afterwards, Christian and Marigold have a wedding of their own, but not before the Olympia comes out of nowhere and interrupts the ceremony, but only to get chased by five dogs and fall off of the terrace into a river. But all they found of her was a shoe. Is this the end of Olympia…..? I don’t know…..(there’s a second book and I am excited about it).

In the end, Christian finds out that he is a long lost prince and an heir to his own kingdom, he marries Marigold, and they live in Christian’s castle. Yes! I love awesome endings.

The best part about this book are the awesome details about Christian and Marigold’s lives in the forest and in the castle. I also loved that the book has a few great twists at the end that I tried to keep from sharing, except for the one about Christian. I really like how Marigold and Christian fall in love even though Christian is poor and Marigold is rich, and Marigold has a “gift” or curse. Marigold also has to deal with people who judged her because of her gift and that she can’t really touch anyone because of it. The saddest part is when Marigold touches her mom and she finds out how she really feels about her, it was realy, really sad. Over all, this book has lots of fantasy and love story elements that I love to read about.

Favorite Character: Marigold, because everyone was afraid of her and her “gift”.

Favorite Theme: “Don’t judge a book by it’s cover” and “Good wins over Evil” and “Trust”.

Favorite Part: When Marigold stands up to Olympia, the evil Queen, about a dress.

Next on the shelf: 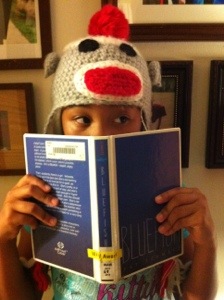